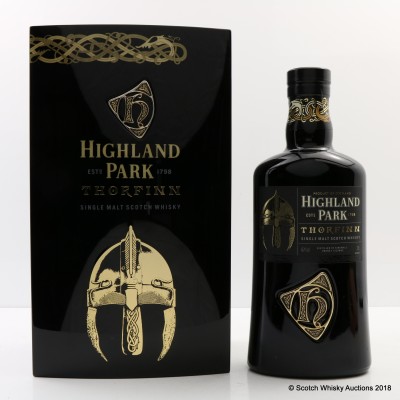 The great chief Thorfinn, also known as ‘The Mighty’, was a man of much power and inspiration, at one stage controlling the whole of the Orkney Islands. After saving the people from the harsh rule inflicted by his brother Einar, Thorfinn is still celebrated for bringing change to the islands and his legacy lives on through this highly exclusive and exceptional release.

Thorfinn is the final whisky in the Travel Retail exclusive Warrior Series from Highland Park. As a premium whisky, it's around 60% 1st fill casks which help to create a rich and complex dram.