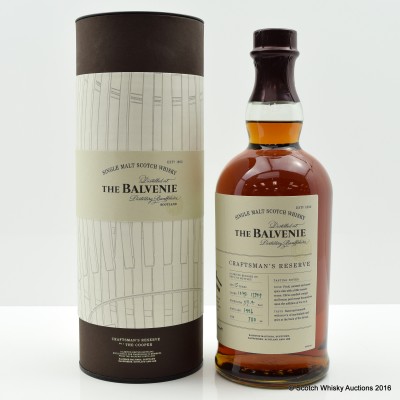 The Craftsman’s Reserve No 1, The Cooper was available only to members of The Balvenie’s online community, named Warehouse 24 in honour of the oldest surviving part of The Balvenie distillery.

Craftsman’s Reserve is a marriage of two of The Balvenie’s 15 year old casks, and is described as having the brand’s signature sweet, honeyed taste, as well notes of dried fruits, spices and melting dark chocolate. Its name is a tribute to The Balvenie’s team of coopers, who maintain the distillery’s casks.

One of 515 bottles released