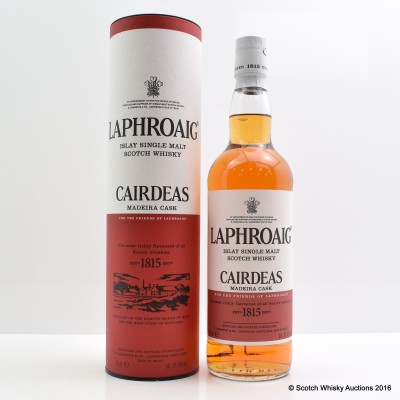 The first Laphroaig bottled that has spent time in a Madeira cask this offering for the 2016 Feis Ile was fully matured in Bourbon casks before being married and finished in Madeira seasoned hogsheads.

Please examine all images of the bottle, any packaging and labels carefully and satisfy yourself as to their condition before making a bid.