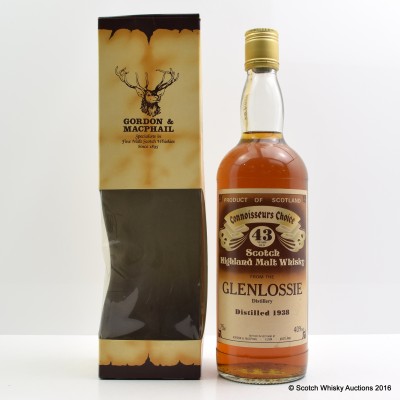 Given that Glenlossie was named as one of only twelve 'top class' malts by blenders in 1974, it is perhaps surprising that the distillery is so little-known. The reason, however, is easy to determine - the blender's high regard means that demand for Glenlossie remains extremely high, and as a result less than 1% of the distillery's output is kept back for single malt.

The only official bottling of Glenlossie currently available is the 10 yo Flora & Fauna release available since the 1990s. This range is being gradually phased out, however, and it remains to be seen what plans Diageo have for this distinguished, yet obscure, workhorse.

Note condition of the carton