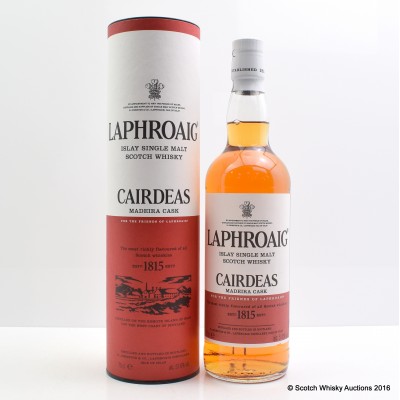 The first Laphroaig bottled that has spent time in a Madeira cask this offering for the 2016 Feis Ile was fully matured in Bourbon casks before being married and finished in Madeira seasoned hogsheads.