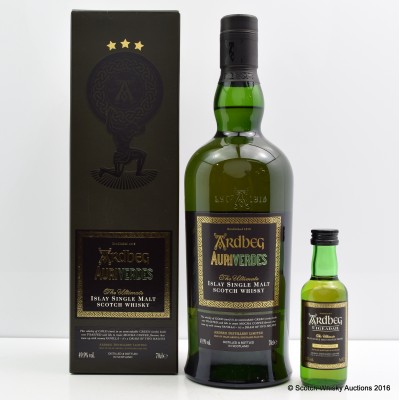 The whisky has been named for the signature colours on the Ardbeg bottle which happen to be the same as the ones on the Brazilian Flag where the World Cup kicked off on the 12th of June 2014.

Comes with Uigeadail mini at 5cl