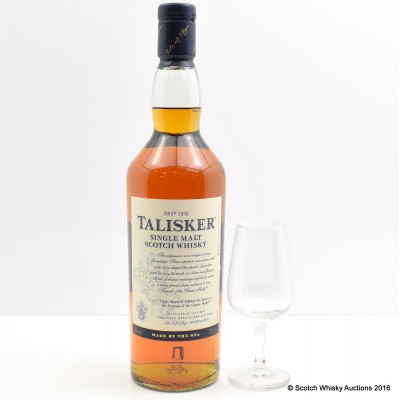 A special edition of Talisker. Tripled matured for no other than the friends of the classic malt & tasting glass.