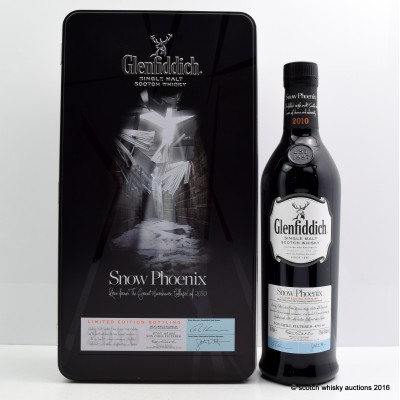 Glenfiddich was founded by William Grant, who had learned his craft at Mortlach, and the first spirit ran from the stills on Christmas Day 1887. Glenfiddich is also credited with creating the world's interest in single malt whisky with the launch of of the Straight Malt in 1963. Still family owned, it was the first single malt brand to sell 1 million cases in a year.

The whisky’s creation was inspired by the collapse of several Glenfiddich distillery roofs in January 2010, following weeks of heavy snow and record low temperatures. Hundreds of maturing oak casks were exposed to the night sky. In wintry conditions and temperatures of -19˚C, distillery staff swung into action – working round the clock to clear the snow.