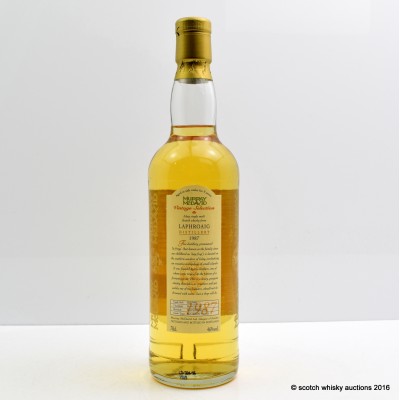 Murray McDavid was formed in 1996 by Mark Reynier, Simon Coughlin and Gordon Wright and was named after Reynier's grandparents Harriet Murray and Jock McDavid.

It quickly became known for its irreverent tasting notes, edgy Gaelic logo, 'Clachan a Choin' and later for their ACEing process of finishing whisky in wine casks. In 2013 it was sold to Aceo Limited.

This Whisky is from Laphroaig.

Please note the sticker on the back label