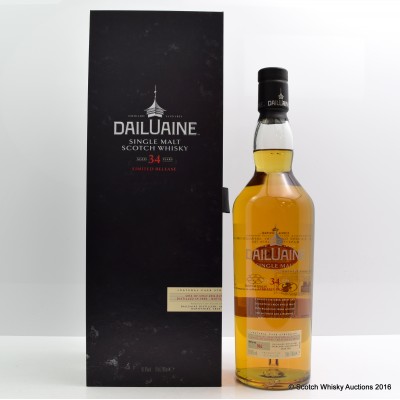 In 1889 Dailuaine was the first distillery in Scotland to be fitted with a pagoda style roof. Almost all of Dailuaine's output goes into Johnnie Walker blends. Exceptions were its inclusion in the Flora & Fauna and Manager's Dram ranges, as well as independent bottlings.

In 2015, however, Diageo released a swath of limited release single malts from their lesser know distilleries, including this impressive looking 34 year old.