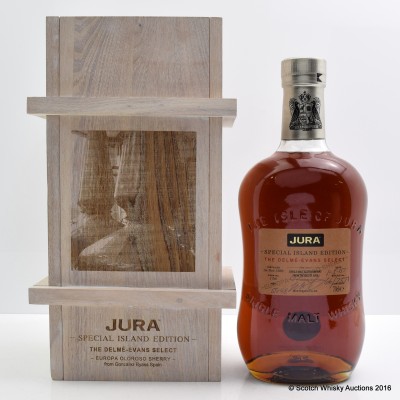 This is bottled in honour of William Delme Evans, former distillery manager at Jura.

Cask Type: Re-racked from American Oak into a Sherry cask

Featured in The 65th Auction, ended September 4, 2016
Send to a friend or post on:
FacebookTwitter