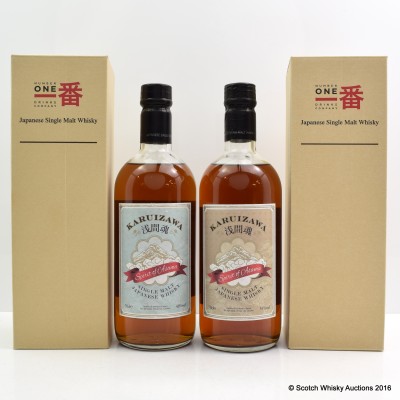 This is an exclusive to The Whisky Exchange. The whisky is part of a vatting of 77 casks which went through a re-racking process when Number One Drinks Company acquired all of the distillery's remaining stock. TWE release two versions of this whisky, one at 48% and one at 55% ABV. This was to show the different sides of the Karuizawa whisky character. This higher proof was said to be more "volcanic and explosive" than the lower proof, offering a chance to see whisky's character without years of sherry cask maturation imparting on the drink.

Please note this lot will attract extra shipping cost then a single bottle.