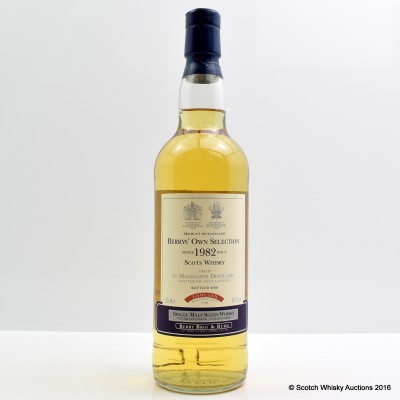 Berry Bros & Rudd are the oldest wine and spirit merchant in Britain, operating from the same premises in London's St James St since being founded by the Widow Bourne in 1698.

St Magdalene was the last of five distilleries to close in Linlithgow in 1983 and it has now been turned into flats (apartments) which can still be recognised by the pagoda vents that are a prominent feature of the buildings.