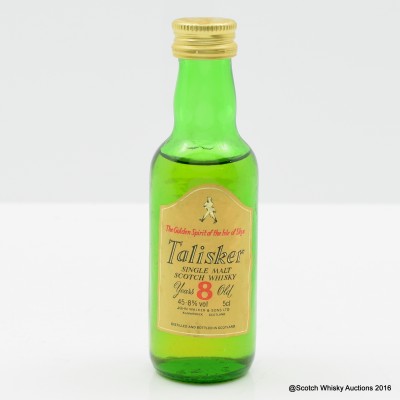 Talisker was founded by two brothers, Hugh and Kenneth MacAskill in 1830 and until 1928 practiced triple distillation. The distillery was rebuilt after being destroyed by fire in November 1960 including commissioning identical style to those that had been destroyed in the fire. In 1998 it was part of Diageo's Classic Malts original line up and in 2014 it became the 10th best selling single malt in the world.

This is a real little gem for all the collectors.