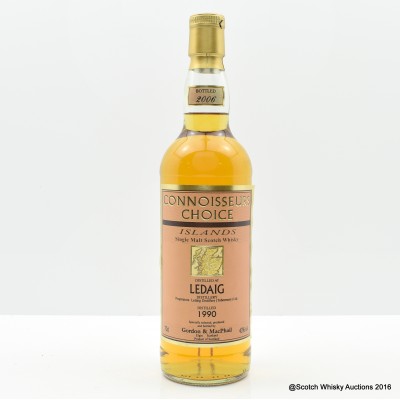 Connoisseurs Choice is one of the most easily recognised ranges from the independent bottler Gordon & MacPhail. This range was launched back in the 1960s, a period where most malts were used in blends so this was quite an unusual move for the company. The range has proved to be a hit for over 35 years.

Ledaig was first produced in 1972 when the Tobermory distillery was reopened after more than 40 years of silence.

For a while all spirit produced was peated and called Ledaig. This changed soon enough and it became the name given to the peated malt produced at this distillery.

It is only now becoming widely available as a single malt due to renewed investment and promotion by its owners.