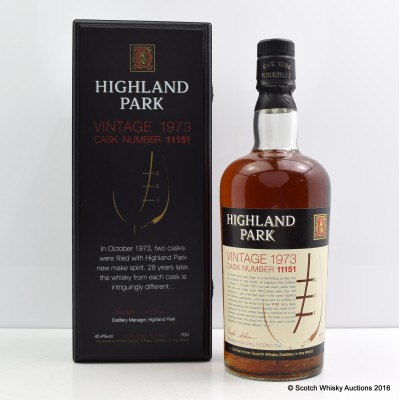 This is one of a duo of single cask 1973 vintage Sherry-casked Highland Parks (the other being cask 11167) which were filled on the same date and aged for the same period, but which emerged radically different 28 years later.