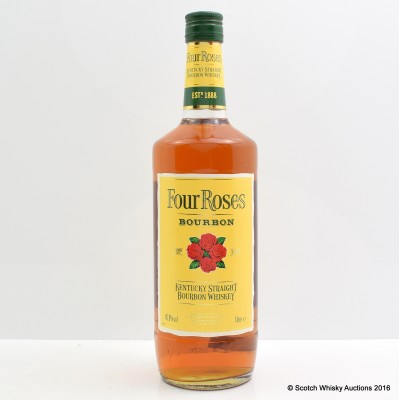 The top selling bourbon in America from 1930 to 1950 Four Roses has only recently been reintroduced into the American market and was awarded Whisky Distiller of the year by Whisky Magazine in 2011, 2012, 2013 & 2015. The name comes from a corsage of roses worn by a Southern belle as a symbol of acceptance of the Paul Jones Jr's proposal of marriage.