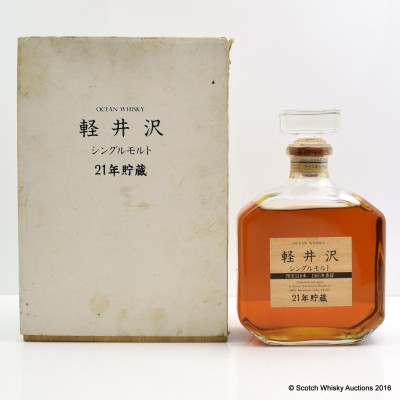 This extremely rare Karuizawa was bottled by Mercian for their Ocean range. During this period the vast majority of Karuizawa was being used for Ocean's blended whisky range so a single malt of this age is almost unheard of.

Bottle Number: One of only 518 bottles released

Please note that the seal, while intact, allows the stopper to move. Please watch the video below before making your bid.

AS SUCH SCOTCH WHISKY AUCTIONS WILL NOT OFFER INSURANCE ON THIS LOT AND NO CLAIM CAN BE LODGED FOR DAMAGE IN TRANSIT. WE HIGHLY RECOMMEND THAT THIS BOTTLE IS COLLECTED FROM THE AUCTION.