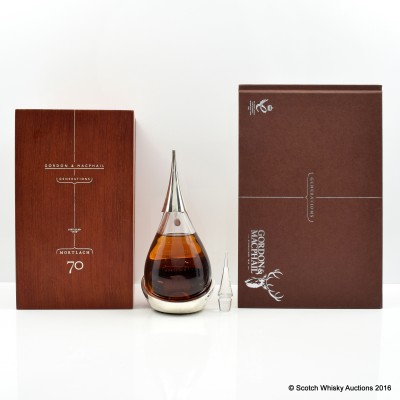 The first of the Seven Stills of Dufftown, Mortlach was established in 1823. It is one of the great iconoclastic distilleries for its unique combination of stills and the fact that its spirit is distilled 2.81 times.

The whisky has been bottled in a hand-blown, tear-shaped crystal decanter, which is set in a silver base and housed in a Brazilian Rosewood box.