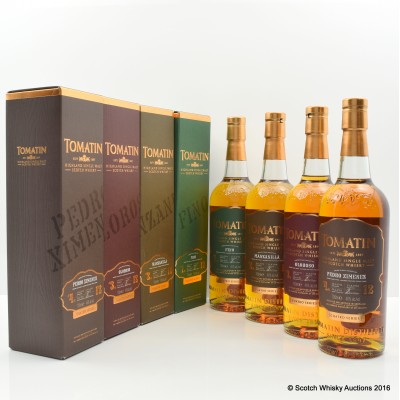 This Cuatro (Spanish for "Four") Series were all distilled on the same day with the whisky being matured for 9 years in traditional American Oak Casks. They were then transferred to four different types of Sherry Butts for over 3 years.