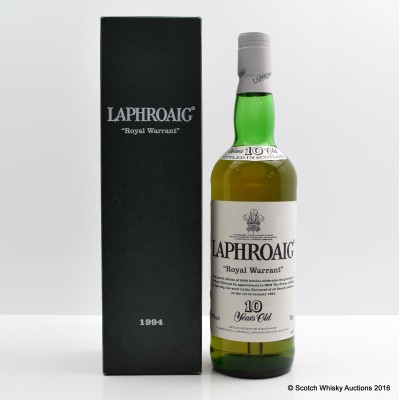 This limited Laphroaig was produced to celebrate the granting of the Royal Warrant by appointment to HRH The Prince of Wales. Only 2200 bottles were produced.