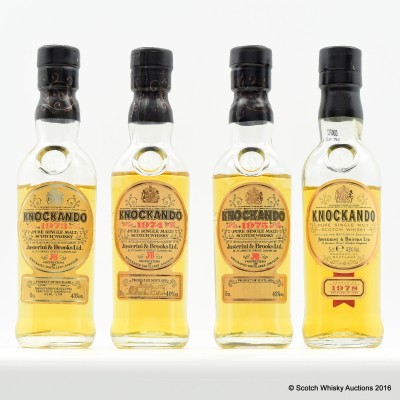 This lot contains an assortment of minis from Knockando.

Please note the fill levels in this lot.