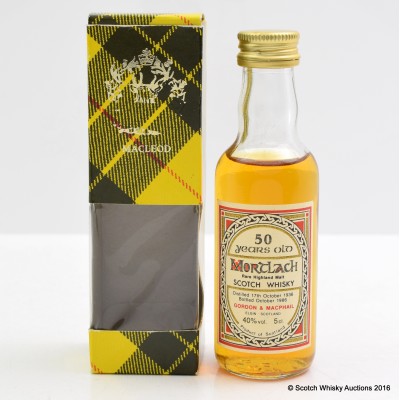 An incredible old Mortlach mini distilled in 1936, and bottled in 1986 - 50 years later. 1936 was the year when the Spanish Civil War began, BBC started the first public TV broadcasts from London, and King Edward VIII abdicated for Wallis Simpson.