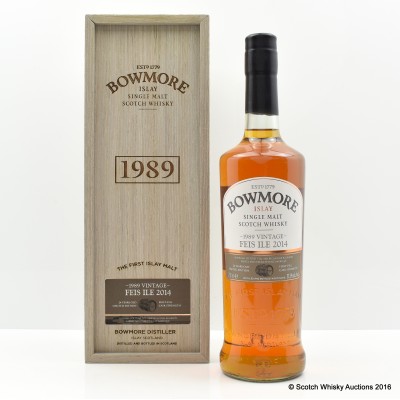 Early in the morning on Bowmore's open day, many people were queuing to buy this limited edition 1989 vintage.

So staff gave 300 people a single golden ticket so they didn't have to stand all day in the queue, allowing them to enjoy the open day and still get a bottle.