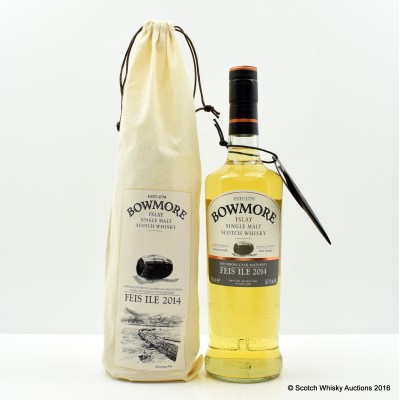 After the success of the bottle release in 2013, Bowmore decided to go for the same tactics for the 2014 festival. It staggered the release of the 1000 bottles, so 700 were released on the Saturday (first day of the festival) and the last 300 bottles were put on sale on its "official" open day.