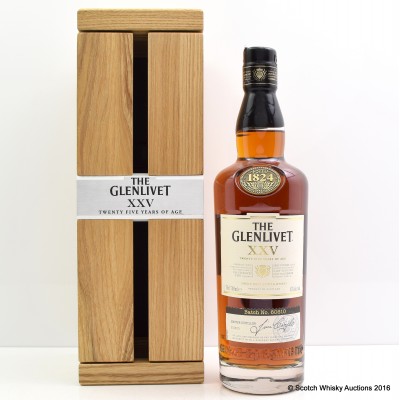 A well presented Glenlivet 25 year old, the whisky has been finished in Oloroso Sherry Casks prior to bottling.