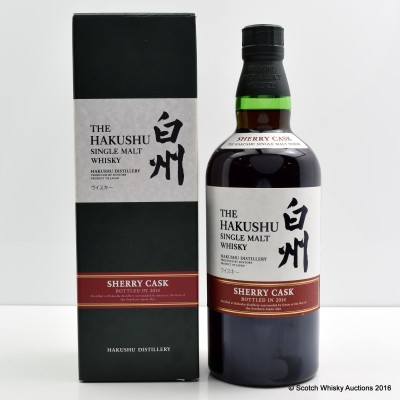 From Suntory's mountain distillery, found deep within the forests of Mount Kaikomagatake, Hakushu is owned by Suntory, founders of the first Japanese distillery, Yamazaki.

The original Hakushu distillery was built in 1973, with another distillery building called Hakushu Higashi (west) added in 1981.

Bottle Number: One of only 3,000 bottles released