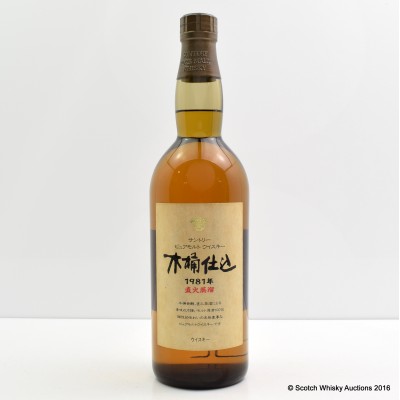 From Suntory's mountain distillery, found deep within the forests of Mount Kaikomagatake Hakushu is owned by Suntory, founders of the first Japanese distillery, Yamazaki. The original Hakushu distillery was built in 1973, with another distillery building called Hakushu Higashi (West) added in 1981.

Hakushu is a fairly young distillery. Built in 1973, located in the Yamanashi prefecture surrounded by forest. This has been distilled in Hakusku west since Hakushu east were built in 1981. The Kioke Shiame were discontinued in 1999.