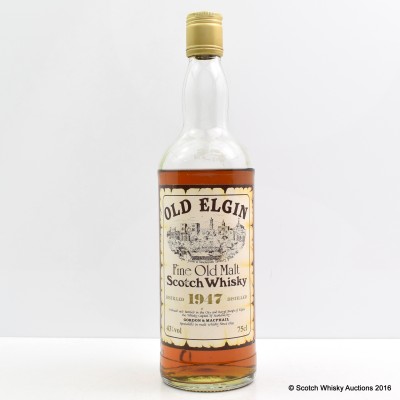 Old Elgin is named after the city and royal burgh of Elgin, where Gordon & MacPhail is based and was released as part of their Regional Malts range.