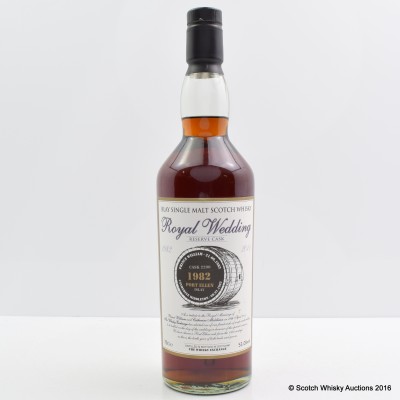 A special release for the Royal Marriage of Prince William and Catherine Middleton on the 29th April 2011. This Port Ellen was taken from cask number 2290, which was laid down in 1982 (the birth year of the happy couple) and bottled for The Whisky Exchange.