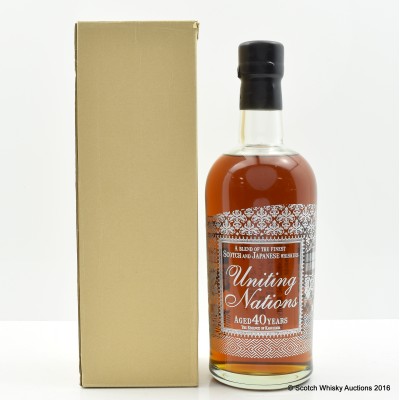 Blended by Ichiro Akuto, of Chichibu Distillery, this whisky is a mixture of 45 year old Karuizawa which was distilled in 1970 and 40 year old Scottish singe malt from an undisclosed distillery.

Bottle Number: One of only 677 bottles released.