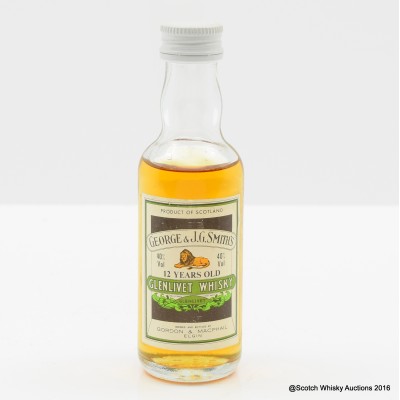 The first distillery to take out a licence after the Excise Act of 1823, the distillery was a favourite of King George IV who demanded nothing but Glenlivet during a visit to Edinburgh in 1821 - three years before it was legal!

Glenlivet has given its name to the 'longest valley in Scotland', so called after several distilleries laid claim to the Glenlivet suffix to cash in on the distillery's sterling reputation, but only one can call itself The Glenlivet.

This old Gordon and MacPhail mini comes with the famous Lion label.