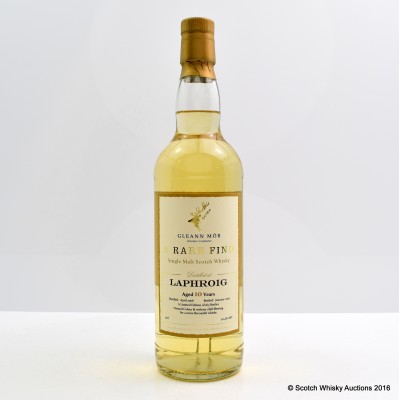 The Gleann Mόr Spirits Company is an independent firm specialising in bottling single malt Scotch whiskies. Under its label "A Rare Find" it bottles a selection of exclusive limited edition individual cask bottlings from the warehouses around Scotland.

Bottle Number: One of only 163 bottles released