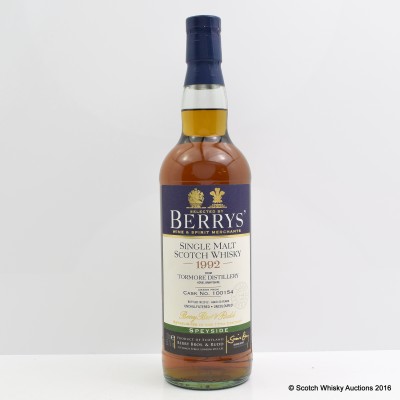 The signature malt for the Long John blend, Tormore is one of the most eye catching distilleries in the world with a spectacular green copper roof and barred windows. The distillery was granted listed building status despite being less than 30 years old. There is also a clock which plays four different Scottish songs every quarter of an hour.

Berry Bros & Rudd are the oldest wine and spirit merchant in Britain, operating from the same premises in London's St James St since being founded by the Widow Bourne in 1698.

Please note the sticker on the side of the bottle.