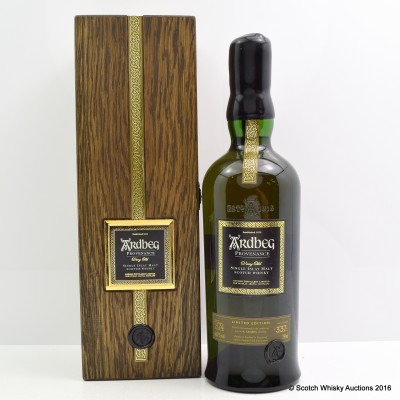 Sitting on the southern coastline, the current distillery was founded in 1815, the original having been destroyed by excise men.

The Ardbeg spirit still is fitted with a purifier which many believe accounts for its fruity, zesty character.

A legendary Ardbeg, the 1974 Provenance first appeared in Europe in 1997 shortly after Glenmorangie's takeover of the distillery.

This is the second release, for the US market.