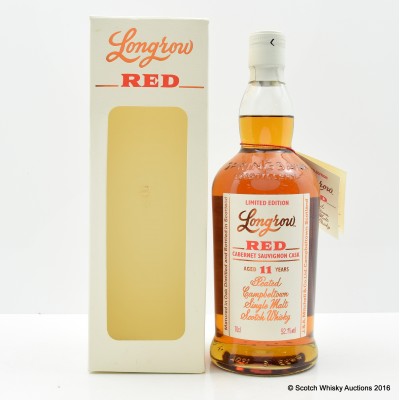 This Longrow has been finished in Cabernet Sauvignon casks from Angove's Long Row, Australia.

Please note wear to the box