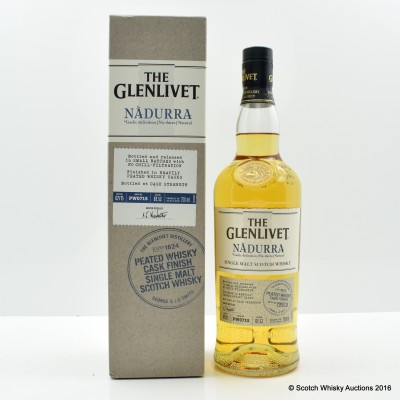 This Glenlivet is called Nadurra, which is Gaelic for natural. Bottled at cask strength with no chill filtering, this is Glenlivet at it's most natural!