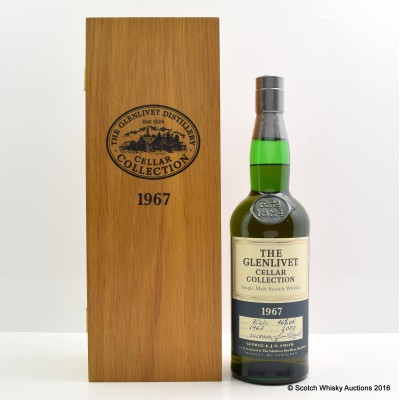 The Glenlivet Cellar Collection was established in 1999.

The 1967 expression was selected by Master Distiller Jim Cryle, and is presented in a solid ash frame. Each bottle is individually numbered and labelled with the bottling date and whisky strength.