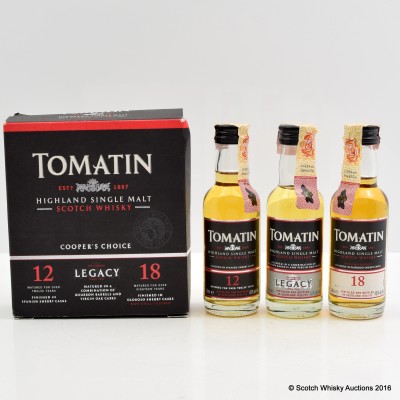 This is a gift pack of three Tomatin minis.

Please note the carton condition and the tax seals