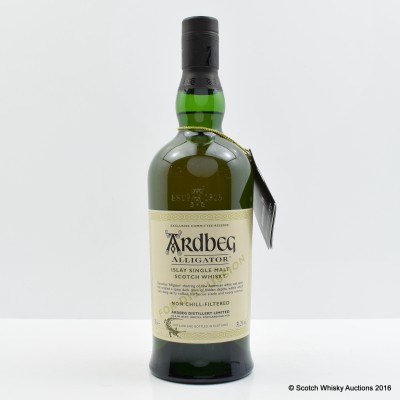 So called because of the charring to American white oak casks to the highest level for whisky which resembles the scales on an alligator.

The result is a single malt which has a lovely spicy character, which develops into big charred tar and smoke with ginger and chocolate.