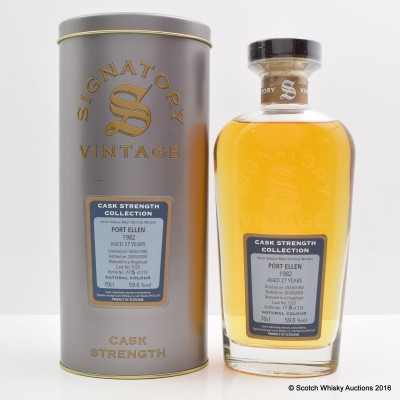 For many THE Islay malt, it has attained near cult status since the distillery was mothballed in 1983. The stills were shipped abroad in the early 1990s and the distillery was demolished shortly after. The warehouse is still there, allowing Diageo and independent bottlers to keep releasing bottles from an ever dwindling stock

Please note the slight wear to the tube.