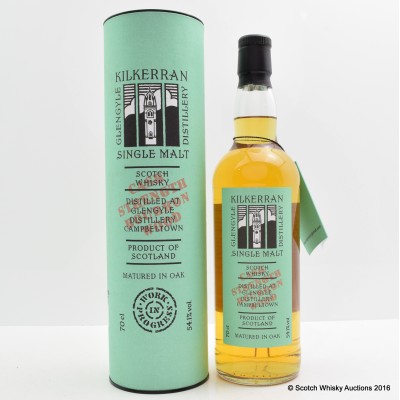 Every year since 2009 there has been a release of a limited amount of Kilkerran Single Malt, the plan is to continue with the Work In Progress until 2016 when the whisky turns 12 years old.

Please note the condition of the tube.