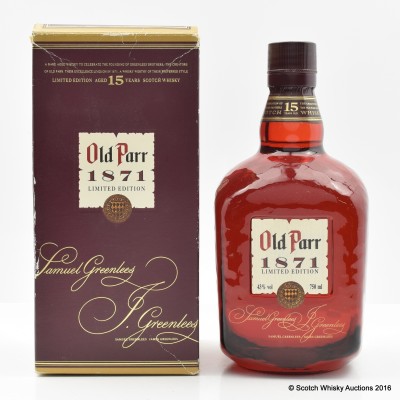 Old Parr was introduced in 1909 by Greenlees Brothers of London. It takes its name from the reputed oldest man in Britain, Old Tom Parr. The name emphasised the maturity of the product. The brand was initially successful in London, before finding popularity in export markets. Following a series of mergers, Greenlees became a part of MacDonald Greenlees & Williams. In 1925, the company was acquired by Distillers Company, which was acquired by Guinness, which merged in 1997 to form Diageo.

This release celebrates the founding of Greenlees Brothers.