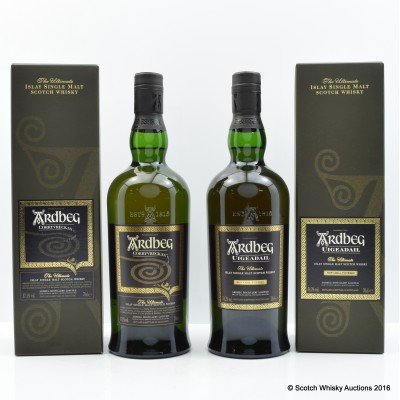 Uigeadail derives from the Gaelic for 'Dark and Mysterious Place' and is named for the Loch from whence Ardbeg draws its waters. Jim Murray's 2009 World Whisky of the Year, this cask-strength bottle exudes breathtaking balance.

Corryvreckan is not for the faint-hearted! The name comes from the infamous Corryvreckan whirlpool that runs between Jura and Scarba.