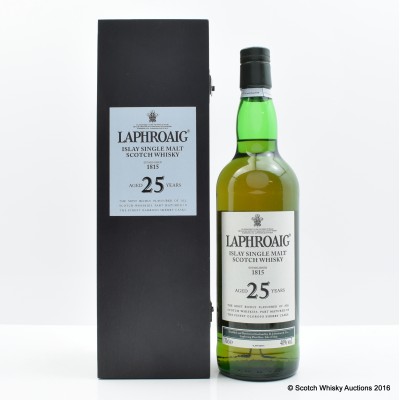 There were only 2,500 bottles of this released in the United Kingdom when Laphroaig replaced the 30 year old in 2007.

Bottle Number: One of only 2,500 bottles released