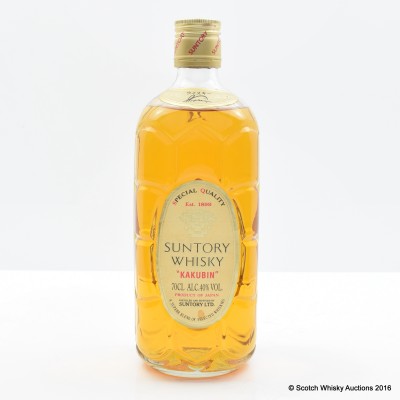 One for the fact fans; "Kakubin" means square bottle. And this whisky is in.... a square bottle! This Suntory whisky is from the 1980s and it a good example of a lighter Japanese blended whisky.