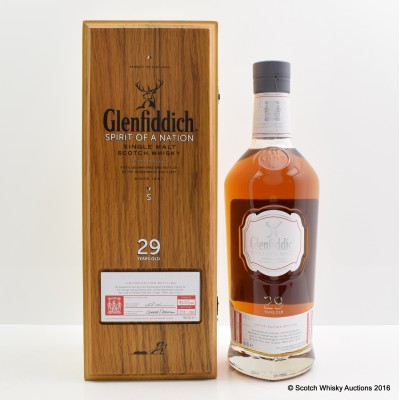 In honour of the four servicemen and women who were wounded while serving in the armed forces and were brave enough to take part in a 335km race to the South Pole, battling -35 degree temperatures and 100mph crosswinds, Glenfiddich has produced the 29 Year Old 'Spirit of a Nation' whisky.

Glenfiddich 'Spirit of a Nation' is a limited release of 250 bottles. The Walking With The Wounded South Pole Challenge team took two bottles with them on their journey.