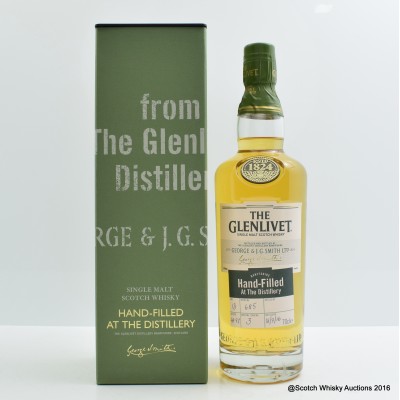 The first ever distillery exclusive hand bottling from Glenlivet. From the single cask number 3.