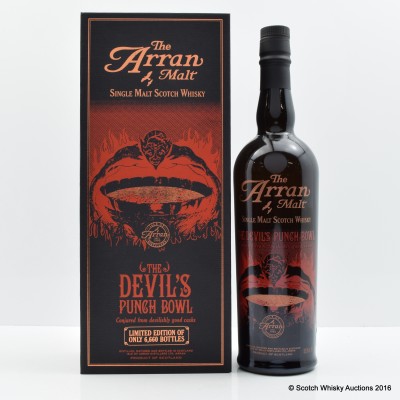 Limited to 6,660 (The Mark of the Beast, ooh err) bottles globally, the whisky is named after the glacial hollow Coire na Ciche on Arran.

It has been drawn from 24 different Arran casks, including Sherry butts.

Bottle Number: One of only 6,660 bottles released