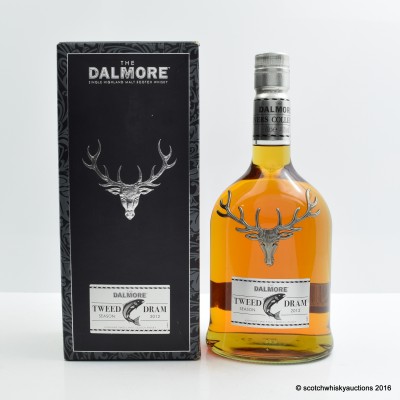 Dalmore distillery was used as a deep-sea mine production centre by the Royal Navy between 1917 and 1920. After the navy departed, the distillery was left in tatters, and after a long compensation battle, involving the House of Lords, the distillery was brought back online. Now Dalmore, under the stewardship of Richard Patterson, presents itself as a luxury brand, with some of their bottlings among the most expensive in the world.

This is the Tweed dram, from the second release of the collection.